In April 2019, the national law firms of Baron & Budd and co-counsel Lieff Cabraser filed a class action lawsuit alleging that airbags manufactured by ZF-TRW fail to operate during crashes due to a condition known as “electrical overstress.” Other class actions followed suit and the cases were ultimately centralized in the U.S. District Court for the Central District of California.

The suit alleges that a defect in the application-specific integrated circuit (“ASIC”) built into the airbags causes a failure in the Airbag Control Unit (“ACU”) that prevents the airbags and the seat belt pre-tensioners from deploying during a crash. The suit also alleges that ZF-TRW and other automakers allegedly learned about the ACU defect as early as 2011 but failed to take timely steps to protect customers or inform the National Highway Traffic Safety Administration.

“I am proud to be appointed co-lead counsel in this matter, and I am ready to hold these companies accountable for their allegedly fraudulent behavior,” said Baron & Budd Shareholder, Roland Tellis. “Unfortunately, consumers and their loved ones are routinely placed in serious danger because large corporations continue to value profits over safety.”

Baron & Budd, P.C. is among the largest and most accomplished plaintiffs’ law firms in the country. With more than 40 years of experience, Baron & Budd has the expertise and resources to handle complex litigation throughout the United States. As a law firm that takes pride in remaining at the forefront of litigation, Baron & Budd has spearheaded many significant cases for hundreds of entities and thousands of individuals. Since the firm was founded in 1977, Baron & Budd has achieved substantial national acclaim for its work on cutting-edge litigation, trying hundreds of cases to verdict and settling tens of thousands of cases in areas of litigation as diverse and significant as dangerous and highly addictive pharmaceuticals, defective medical devices, asbestos and mesothelioma, California wildfires and environmental contamination, fraudulent banking practices, e-cigarettes, motor vehicles, federal whistleblower cases, and other consumer fraud issues. 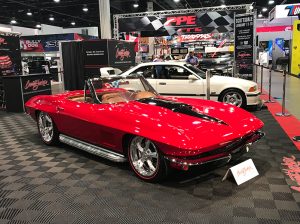