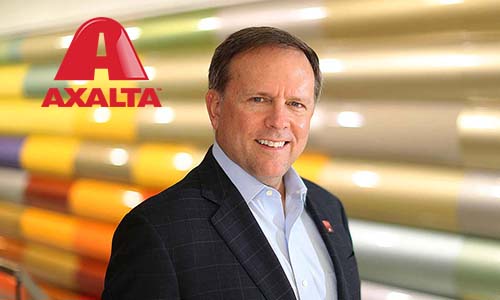 By CRM Staff
Philadelphia, Pennsylvania — February 8, 2018 — During Axalta’s 2017 fourth quarterly conference call, Axalta executives offered insight into why several merger and acquisitions deals fell through for them last year. Despite the previous breakdowns, Charles Shaver, chief executive officer, Axalta predicts more consolidation for the coatings industry in the next three years.
Although they had been in discussions with Nippon Paint late last year, the company announced an end to the potential sale on November 30. Nippon Paint “Was unwilling to meet our expectations regarding the value of the company and assume the financial leverage necessary,” an Axalta representative stated as their reason for ending talks.
“I think the two different transactions had different issues,” Shaver told analysts on the call Wednesday, as published by our partner publication Repairer Driven News.
Shaver said that since the AkzoNobel deal would have been a merger, it led to “governance and valuation issues” where ultimately, “we just reached a point where we just couldn’t quite get there.”
Unlike AkzoNobel, which was pretty adamant about not being purchased by PPG, Axalta seemed more receptive to the concept of a merger or deal. “I think both parties worked hard and in earnest to try to get there, but just too many loose ends and variables on one side of the equation there to close it down,” Shaver said.
As for the Nippon Paint acquisition, “their value and their ability to get their large shareholder on board” were issues, Shaver said. “Neither one of them were actually at the finish line like maybe some people had proposed.”
Shaver added, “We continue to be supportive of consolidation in the industry,” and predicted that “over the next year or two or three, you’ll see a couple steps happen in the industry” as companies seek productivity and customers want international capabilities.
Axalta also sees more consolidation happening in the collision repair industry, according to Robert Bryant, chief financial officer. But he noted that some of the more regional MSOs are growing as well.
“From the perspective of MSO consolidation, we are continuing to see that trend, and we have seen that trend and expect to see it in 2018,” Bryant said. “But it’s not only with some of the larger, well known MSOs; we are seeing mid-sized MSOs also not only acquire new shops but also do some brownfields … as an opportunity to grow points of sale.”
“We continue to experience growth, and we continue to gain market share,” Bryant said, reporting that points of sale grew 2.5 percent over the past year – a reference to Axalta buyers adding locations, according to Repairer Driven News.
For more information go to axaltacs.com.
Share on facebook
Facebook
Share on google
Google+
Share on twitter
Twitter
Share on linkedin
LinkedIn
PrevPreviousCARSTAR Red Deer earns prestigious I-CAR Gold Class accreditation
NextCARSTAR Gananoque appraisal launches in OntarioNext