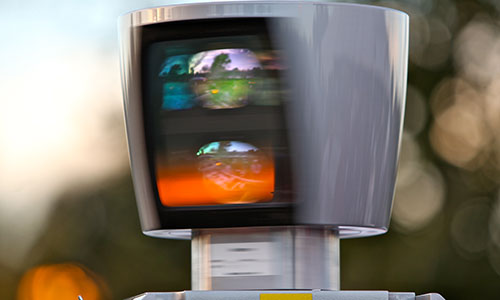 Toronto, Ontario — December 3, 2017 — In this week’s Autonomous Report, General Motors makes a big announcement, the most popular LiDAR unit, a delay in the Uber/Waymo trial, and much, much more!

General Motors held its highly anticipated investor presentation this past week. The future of the auto world came into a sharper focus as the company laid out its plans for self-driving cars. Dozens of articles appeared in the business press documenting the event. As a report from financial news publisher Bloomberg put it, “General Motors Co. plans to have its self-driving cars ready for a ride-share service within two years as the automaker looks beyond traditional car ownership for new tech-driven sources of revenue.”

The company has spent the last year putting pieces together to launch a robo-taxi business. The company bought a ride-sharing service working on AVs and a LiDAR. The company is now targeting 2019 as the time when it will come to market with a fleet of self-driving cars.

According to GM management the move is a potentially lucrative business that is expected to become a major new source of revenue and profit. The presentation notes that ride sharing services currently in operation (such as that offered by Uber) cost consumers between $2 to $3 a mile. Currently the companies pay drivers an amount that is equal to “three quarters” revenue. By taking the driver out of the equation, costs would drop.

The price of the service could plunge to below $1 a mile according to the CEO of Cruise Automation. Cruise is the San Francisco-based company that is developing GM’s AV technology. GM could also reduce the cost of these services by improving LiDAR systems, which currently cost about $20,000. GM recently bought a company called Strobe that makes such systems. The company is expected to produce a LiDAR system for just $300. Putting these pieces together GM expects it will be able to generate several-hundred thousand dollars of revenue over the lifetime of each AV in a ride-share business.

This is much more than the $30,000 that vehicles sold currently generate for GM. The company also sees revenue opportunities in the data generated by the AVs. According to the Bloomberg report, “The cars will capture information about traffic, consumer habits, how delivery services work and what happens in car accidents… That could help GM create a massive platform that could be of use to a variety of businesses, including insurance and delivery companies.” The story went on to note that GM is in a race right now. Uber has signed a deal with Volvo, which will deliver 24,000 AV SUVs.

Waymo, the AV subsidiary of Google, has a deal with Fiat Chrysler Automobiles to use the Pacifica minivans being built in Windsor. GM will utilize its electric Bolt vehicle for the fleets. The cars will need, “minimal maintenance and upkeep even when in constant use as part of a ride-share fleet,” according to an executive speaking at the event. Investors seem to love the idea. Shares in GM have been on tear of late, rising 24 percent so far this year, far outpacing Ford, which has yet to indicate it has similar plans.

Here’s a sign of the times: the Los Angeles auto show is now called AutoMobility LA. The change in name reflects, “an emphasis on digital technology and new ways to get around, such as self-driving cars,” according to a media report. Car manufacturers have recently taken to referring to themselves as “mobility providers” to reflect the coming changes in the industry. According to the report at, “AutoMobility LA, auto and technology industry executives will debate how ride-sharing, self-driving vehicles and electric cars will shape the future.”

An article in Technology Review, produced by MIT, notes that the most popular LiDAR unit has been the Velodyne HDL-64E, so far. The device fires 64 lasers as it spins. This generates a picture of the terrain around the vehicle out to 120 meters. That range is not far enough for cars driving at high speed in unpredictable situations, according to the article. “A car traveling at 70 miles per hour would have just four seconds to respond to an obstacle. The angular resolution is also too low to make out an object that’s far away, because the laser beams will be too spread out to return a viable image. As a result, many autonomous cars use data from other sensors to help recognize obstacles, even if they have LiDAR sensors on board,” according to the article.

To address this issue, Velodyne is launching the VLS-128, which uses 128 lasers and has a range of 300 meters. The device creates up to four million data points per second as it spins. It will also offer better resolution. According to a magazine article, the device “will provide such detail that cars won’t need other sensors for obstacle detection, though they probably will still carry other sensors in the interests of redundancy and safety.”

Companies getting into the ride-sharing space have indicated, “they’d be willing to purchase these cars for $300,000 to $400,000 a piece. That’s because the total vehicle cost, and therefore the price of sensors, is less important than it is in a consumer car, because a steep investment could be recouped quickly by keeping a vehicle on the road nearly 24 hours a day,” according to the article.

A federal judge delayed the trial between Waymo and Uber just a day before jury selection was supposed to take place. A letter written by a lawyer for a former Uber worker has surfaced. As reported by the New York Times, the letter contradicts comments made earlier by Uber’s lawyers. Coming as it does after a series of dodgy tactics by the Uber defense team, the judge halted the trial, commenting that, “I can no longer trust the words of the lawyers for Uber in this case. If even half of what is in that letter is true, it would be an injustice for Waymo to go to trial.”

The letter outlined the existence of an “internal organization that gathered trade secrets, code and other information about its competitors,” according to a media report. The Uber team also led efforts “to evade, impede, obstruct, influence several ongoing lawsuits against Uber. The team also tried to find out what other companies were doing. In 2016, Uber hired a man named Ed Russo to help recruit employees of competitors to steal trade secrets, according to the letter. This group relied on ‘anonymous’ servers separate from the rest of the Uber network, and some employees were expected to rely on devices that encrypted or automatically deleted messages after a certain amount of time. [The system] was to ensure there was no paper trail that would come back to haunt the company in any criminal or civil litigation.”

Another report in the New York Times talks to the professor from the University of Toronto who is heading up Google’s new artificial intelligence lab in the Canadian city. “The new lab is emblematic of what some believe to be the future of cutting-edge tech research: Much of it is expected to happen outside the United States in Europe, China and longtime A.I. research centers, like Toronto, that are more welcoming to immigrant researchers,” says the story. The story also quotes an Iranian researcher, “… who wound up in Toronto after the United States government denied her a visa to study computer vision at the University of Washington.”

Could the arrival of AVs deliver a “massive disruption” on commercial air travel? One AV writer, from Medium.com, thinks so. According to a post on an AV site, “It may be difficult to picture now, but autonomous vehicles are going to create a wide range of new consumer behaviours and business models. In the next five years, self-driving cars are going to outperform short and medium distance air travel in America on several metrics, including price, comfort, speed, convenience, safety, and sustainability.”

Driving a personal vehicle today is already priced competitively with flying. “However, additional costs like lodging, food, insurance, maintenance, and other inconveniences make vehicular travel unappealing for many voyages longer than two or three hundred miles. Once autonomous vehicles become capable of spanning these distances, many of these costs disappear,” says the author.  “The need for lodging is eliminated because passengers can simply sleep in their car; in fact, sleeper cars will inevitably be designed for this purpose.

Insurance costs will fall dramatically, as autonomous vehicles will rarely get into accidents. Maintenance costs will fall both because cars will likely be electric, and because vehicles will be owned by corporate fleets, who are generally kinder to their equipment than individuals.” The writer predicts that popular routes (such as New York to Florida or Chicago to Boston) “will be easily replaced by autonomous. At today’s highway speeds, it might take 15 hours to complete either. That means that a passenger could leave at 8 PM in a sleeper self-driving car, and arrive well rested at 11 AM the following morning.”

Travellers will take into account the transit time to and from airports, as well as the indignities of security lines, and will come to the conclusion that AVs are the way to go. Autonomous transport will likely be on-demand, and require no advance reservations, saving another major time consuming hassle. Self-driving cars will be highly customizable and user specific. That means that a business traveler could order a vehicle with a workstation interior configuration for the first leg of a trip, stretch their legs and grab a meal at a roadhouse a few hours in, and complete the journey in a sleeper car,” according to the report.