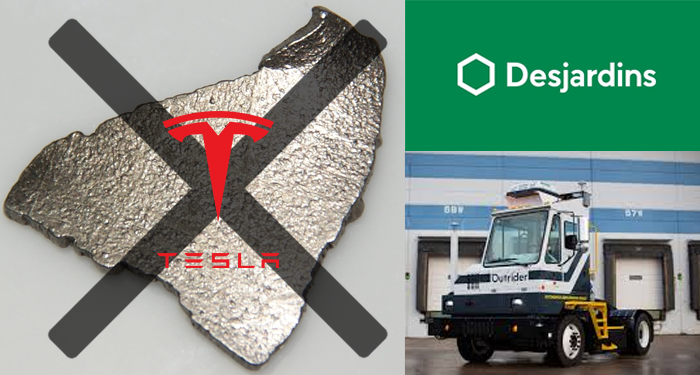 That’s what Desjardins Insurance tried to uncover in a recent study on vehicle safety technology. It showed for instance that while a majority (51 percent) of drivers agree that these safety features are needed to make our roads safer, more education is required.

A new study on the public’s attitude toward vehicle safety technology reveals Canadians are divided on their role on the road.

Additionally, 46 percent of respondents believed that Canadian drivers were overly reliant on existing vehicle safety features, while eight-in-ten expressed a desire to see Canadians better educated about their use.

More than six-in-ten respondents believed advanced safety technology could be a source of distraction for drivers.

Outrider, a Colorado start-up, has received $53 million in funding to further its autonomous vehicle development.

Unlike many other start-ups, Outrider’s work is not consumer-oriented. Rather it works to provide electrified, autonomous vehicles capable of working in industrial settings.

The company has developed a self-driving EV truck equipped with enough software to operate in industrial yards with the efficiency of a driven vehicle. Several major companies are running pilot projects with the vehicles.

Changes to the Tesla Model 3 battery’s chemistry are having knock-on effects on other industries.

News that CATL, a Chinese battery manufacturer, will be supplying Tesla Model 3 with lithim iron phosphate batteries, rather than nickel-cobalt ones has shaken up the metals market.

In the day after the news broke, the value of nickel dropped by about two percent in global markets. Its effects on cobalt prices remain unclear, but almost certainly negative.

Named ‘cobalt’ after the German word for goblin, the metal was once considered a junk metal–which German-speaking miners considered to have been iron cursed by a capricious monster. Its value now is heavily dependent on its usefulness in high-tech applications.

Nickel, unlike cobalt, is used in the production of stainless steel,

As the most popular EV model in the United States, about 400,000 Model 3s were sold with nickel-cobalt batteries. Each vehicle containing about 4 kg of cobalt, meaning the total amount of cobalt used in Tesla EVs is equivalent to about 1 percent of the world’s annual cobalt production. While the batteries contained nine times as much nickel as cobalt, about twenty times as much nickel is mined each year as cobalt.