Automotive conference highlights need for female empowerment in the industry 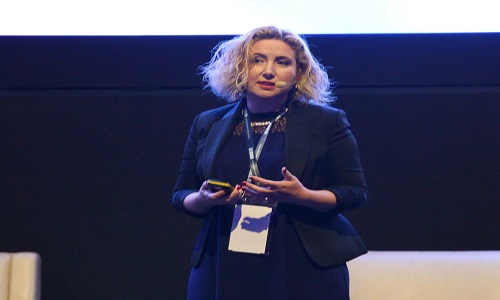 Toronto, Ontario — June 21, 2019 – Female leaders in the auto industry took to the stage at a conference in Germany earlier this week at the Woman’s Automotive Summit to highlight the importance of women supporting each other in the male-dominated sector of auto repair.

The conference featured many industry leaders such as Helen Emsley, the General Motors executive director of global design, Sabine Scheunert, the VP of digital sales and marketing Mercedes-Benz and Angelika Sodian, UK managing director at NIO.

The women agreed that collaborating and coming together has resulted in much higher success than competition.

“We need to be better advocates to help ourselves, we need to take the competition out, I think we are our own worst enemy,” Emsley told the crowd. “I know in my career I’ve only ever been helped by men.”

The conference also highlighted the need to form meaningful connections through mentorship, which Linda Jackson, the CEO of French car company Citroen, believes is essential.

“[Mentors encourage you] to outdo yourself… challenge yourself, and dare to do things that are not in your comfort zone,” said Jackson.

According to Jackson, mentorship and education is also important when it comes to leading young women interested in pursuing the trades as a career path.

“We should make sure that businesses give youngsters the opportunity to see what our industry is about,” Jackson said.

According to the Catalyst, in 2018, only 16 women (8%) were executives in the top 20 motor vehicles and parts companies in the Fortune Global 500.

Sabine Scheunert, VP of online sales and marketing at Mercedes-Benz says that changing consumer behaviour is a good way to elicit this change.

“Changing consumer behaviour is forcing companies to rethink their traditional ways,” said Scheunert, “and women in leadership roles need to embrace diversity of mindset and thought to be effective bosses.”

For more information on the Women’s Automotive summit visit womenautomotivesummit.com