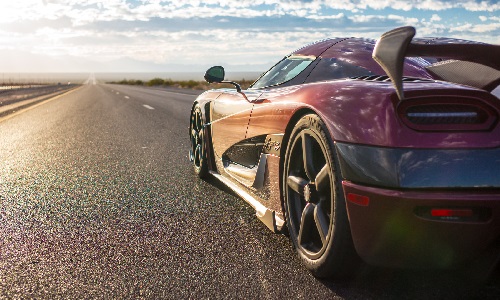 By CRM Staff
Toronto, Ontario — February 13, 2018 — The rarest cars in the world are also those most rarely seen on a Canadian road, especially in the winter. Luckily, the Canadian International AutoShow features many of these exotic vehicles right here on Canadian soil. The show runs in Toronto from February 16-25.
Visitors will be able to see an incredible lineup that boasts Koenigsegg, Aston Martin, Bugatti, Callaway Corvette, Lamborghini, Bentley, Karma, McLaren, Pagani, Rolls-Royce, Lotus and more.
The star attraction in Auto Exotica this year will be a vehicle making its first introduction to Canada – the World’s Fastest Production Car – the Koenigsegg Agera RS. On November 4, 2017, Koenigsegg AB took the Agera RS to the Nevada desert and smashed five existing production car speed records, including setting the highest top speed achieved by a production vehicle at 457.94 km/h. The actual record-setting car will be introduced on media day by Koenigsegg AB CEO Christian Von Koenigsegg, and will be on display for show attendees through February 25.
Kicking off the Canadian International AutoShow week, the Lamborghini Urus will make its Canadian debut at the Design Exchange in Old Toronto today. This is the first time the Urus will be in Canada. The world’s first Super Sports Utility Vehicle, hailed as the fastest SUV on the planet, will be on display at Grand Touring Automobile’s Auto Exotica exhibit between February 16-25.
Another new entry to this popular show feature and the Canadian market is the BAC Mono – a sleek single-seat formula-style car built by Liverpool, England-based Briggs Automotive Company (BAC) and designed to appeal to track enthusiasts. The one on display in Auto Exotica is courtesy of Pfaff Auto, the official distributor for BAC in Canada.
Other new features include the return of Tesla and a specially-wrapped, 500-horsepower 2016 Porsche 911 GT3 RS courtesy of American auction company Barrett-Jackson.
Lovers of North American power will be happy to see Callaway making a very welcome return with two impressive offerings showing off their Corvette Z06 and a rarely seen SC757 Corvette AeroWagen.
Returning to Auto Exotica is a display of classic exotics from some of Canada’s most discerning collectors, presented by Autostrada Forum Magazine, which will be profiling several rare and visually stunning examples of exotic motoring in years gone by, as well as iconic current machinery.
For tickets or additional information visit autoshow.ca.