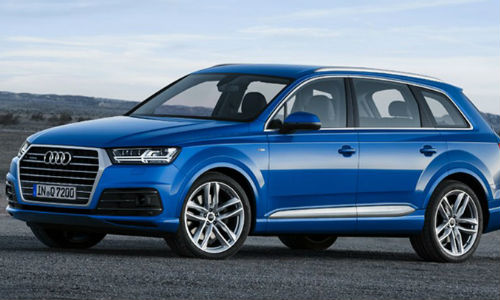 Toronto, Ontario — October 4, 2015 — Last week Pfaff Autoworks hosted its annual insurance open house. The event is a chance for those in the insurance industry to become familiar with new trends in the collision repair space. The emergence of aluminum as a more common material in new cars took centre stage at the Pfaff Autoworks event.

There has already been a load of speculation about the rise of aluminum. Some facility owners have taken the plunge, but others are holding off of on the installation of a dedicated aluminum room or curtained bay. But there is no lack of evidence that a big shift is coming.

Major aluminum producers like Alcoa are rapidly expanding production and reorganizing their corporate structure to get ready for new demand from the auto sector. Alcoa recently announced it is splitting in two as a company. One company will focus on mining and basic production, the other will focus on engineering aluminum for the auto and aerospace sector. Toyota has just announced a $421-million investment in “state of the art” technology plants in Cambridge and Woodstock that will add the ability to stamp parts in both high-grade steel and aluminum.

The drive towards aluminum is gaining speed. At the Pfaff Autoworks event, Scott Wideman, Collision Program Manager at Volkswagen Group Canada, showed off the aluminum heavy body of a new Audi Q7. The car will come out this winter and features a hybrid aluminum and high strength steel body.

“This is going to be a big change for us. That’s a high-volume vehicle,” said Wideman.

Canadians have been buying many more luxury and premium vehicles of late. Cars have actually been becoming cheaper relative to the general cost of living. So perhaps it is not a surprise that luxury vehicles are the fastest-growing segment in Canada. In this country the sale of Audis has exploded, rising from 8,230 vehicles sold in 2007, to 24,514 in 2014. That is, a car that is now becoming a fairly mainstream vehicle is going to be made largely of aluminum. Wideman expects sales volume on the 2016 Q7 to be close to 4,000 units annually in Canada.

To manage the launch of the new Q7 Audi implemented a certified collision program, which requires repair centres to meet the necessary standards for Audi’s aluminum structural repair program. Wideman explained that Audi has helped collision centres set up a national network of aluminum ready shops. In Canada there are now five Audi-certified collisions centres, including CSN-427 Auto Collision in Etobicoke; Mark Motors of Ottawa; Richmond Auto Body in Richmond, BC; Audi Lauzon Carrosserie in Laval, Quebec and Pfaff Autoworks in Vaughan,Ontario.

The new Audi Q7 features a mix of high- and ultra-high-strength steel and aluminum for the fenders, hood, doors, and the tailgate. This has reduced the weight of the car by 209 lbs. Another 221 lbs. were pulled out of the Q7’s suspension, which is also made almost entirely from aluminum and high-strength steel. According to Wideman, the arrival of the new Q7 is going to force a shift in the industry.

“This is a game changer. I keep using that phrse, but I really think this is the case,” said Wideman.

PrevPreviousCARSTAR MSO groups come together in support of Big Brothers Big Sisters
NextCollisions with deer, other wildlife on the riseNext