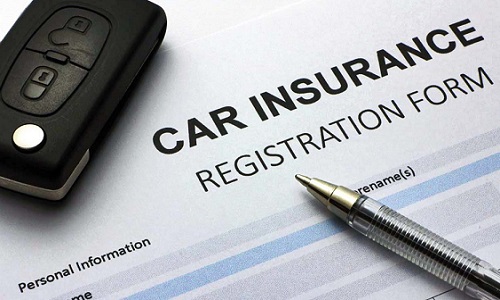 Toronto, Ontario – November 23, 2018 — Alberta drivers are being priced out of insurance coverage, as a result of a cap on the cost of liability-only vehicle insurance introduced by the provincial government.

“The government meant well,” Lance Miller, CEO of Surex Insurance, told CTV News. “They’re trying to protect Albertans from high increasing costs in insurance. The problem was the stance they took has created an environment that is endangering Albertans.”

Miller explained that approximately 40 percent of people seeking coverage from Surex are determined to be too high of a risk, thanks to the province’s cap, and are ultimately denied coverage. Those who are financing vehicles are even more likely to be turned down.

“Insurance companies are filtering business such that if you’re considered a mid to high risk they are withholding collision, withholding comprehensive coverage, and not giving payment plans,” Miller told CTV News. “Unless you own your vehicle, you need those coverages.”

According to Miller, increased costs, as a result of higher litigation fees and advanced technology in vehicles, are handcuffing insurance companies. The costs are now outweighing the premiums charged; restricting the clients insurance companies can take on.

“Right now, most companies, for every $1 they collect in premiums, they’re paying out every year up to $1.70,” said Miller. “So it’s not that they’re taking less, they’re actually going in the hole and that’s why insurance companies are saying ‘Look, this is non-sustainable. We just can’t do this.’ Therefore they’re just refusing to write business.”

Edmonton residents Francis and Carolyn Lajeunesse expected their insurance rates to increase following two small, under $2,000, claims in 2017. The two were in utter shock when they found out that their car insurance premium had increased to over $15,000 a year, representing an increase of more than $10,000.

“You can’t justify paying that much but, at the end of the day, it’s something you have to have,” added Carolyn. “ It’s not even cutting back on elaborate things. We’re cutting backs on necessities.”

The CEO of Surex Insurance weighed in saying that there is little reason to be optimistic going forward, as some insurance companies are contemplating pulling out of the Alberta market. With decreased competition, rates would only continue to rise.

Alberta’s Ministry of Finance says they’re aware of the concerns in regards to the insurance industry.

“Our government is working with industry to keep auto insurance affordable and accessible for Albertans,” said Mike Brown, spokesperson for Minister of Finance Joe Ceci, in a statement to CTV. “We are aware of industry’s concerns about increasing cost pressures. We will continue to work with them to find long-term solutions.”

Any Albertans having trouble obtaining insurance are being encouraged to contact Alberta’s Superintendent of Insurance at 780-427-8322.