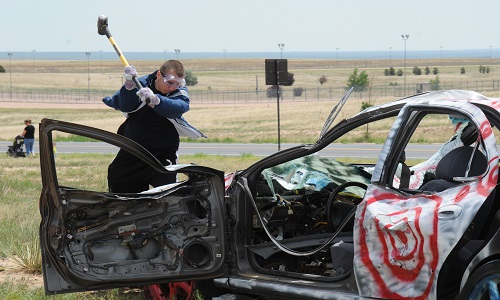 Toronto, Ontario — July 5, 2019 – Worried about what you missed this week? From one B.C. shop’s big innovative move to a cyber attack striking an auto-insurance company, Collision Repair has been covering the top auto industry stories this week and is providing a review of all the top stories. So catch yourself up and be ready for next weeks slew of equally exciting news.

A collision repair shop in B.C. has been deemed one of the “best waiting areas,” by the Automotive Service Association, despite their very limited space.

Foreman’s Integra Auto and Tire proved that waiting rooms don’t have to be dull and undecorated, no matter how long (or short) customers have to wait. The Langley shop instead used bright colours and unique design elements to keep their shop more inviting and less intimidating for first-time customers, and received an honourable mention for their design.

Manager Peter Foreman believed one often intimidating part of a CR waiting room is the massive counter taking up space where customers often wait for service.

“My idea was to avoid the big counter kiosk that is a barrier between me and the customer – the ultimate goal was to open that up,” said Foreman.

As a solution, the shop made a tall, bright-red counter out of tires, small enough for customers to walk around and eye-catching enough to make them want to stay.

Eccles Auto Service has come up with a fun and quite destructive way to attract customers and raise money for a local hospice – a car smash.

Instead of offering car washes, Dundas – based auto shop is offering a chance to take a whack at a donated car. Attendees of the event can pay $5 to take a sledgehammer to a Kia in efforts to raise money for Margaret’s Place, an organization that supports bereaved families and brings beds to hospices.

This unique partnership has been preserving marshlands together for more than four years and are excited about their most recent work in the Charlottenburgh Marsh in Ontario.

“We strive to find ways of balancing the protection of our natural areas with public access and enjoyment.”

Axalta, partnered with DU in 2015 in efforts to preserve the environment where their customers work, live and raise their children. Their most recent project focused on removing invasive species and making the marsh more accessible to the community.

I-CAR’s new shop locating site just got a major upgrade – one that could easily connect customers to certified CR shops across North America.

Announced earlier this week, I-CAR is rebranding their “Gold Class Shop Locator” site to “BodyShopology” – an upgrade that will now include info on OEM certifications, insurance affiliations, and other crucial information for curious customers looking for a great CR shop.

Originally only representing I-CAR body shops, the BodyShopolgy site will now include identified Ford-certified and Farmers direct repair program facilities, which can lead customers to a variety of other certified collision repair shops for their specific car repair needs.

Earlier this year, ELV revealed that bumpers could, in fact, be recycled properly and although some auto recycling plants don’t have the technology to deal with them, one plant has taken on the challenge and created an entire bumper empire.

Nearly 10,000 old bumpers are stacked up at Burnaby Now recycling plant. Before China announced they would no longer accept overseas shipments of plastics to be recycled, Burnaby would ship their bumper parts there.

But feeling that it wouldn’t be right to send their plastics overseas to a different location, the Vancouver-based plant has decided to deal with it all on their own.

The company invested in a granulator and have been selling the raw materials to companies all across North America. Not only has the granulator expanded their revenue, but their entire business operations and now the plant plans to expand onto other recyclable materials.