Burnaby, British Columbia – The mid-70s saw the start of the Lebanese Civil War, which was around the time Salim Abu-Ata was running a successful Fiat dealership in Beirut. Salim knew once rumours of a civil war came to a head, he would have to leave his business to ensure his children’s safety.

In 1979, Salim, his wife Anjella and their three children immigrated to Vancouver, Canada.

“We left with only the clothes on our backs and my youngest brother Jim, was only one year old at the time,” said John Abu-Ata, the eldest son.

John remembers his early years in Canada as rough, his father was constantly searching for a job but wasn’t having any luck because of his limited English. But Eventually, his father reached out to old contacts from his dealership business and due to his great reputation, he was able to get short-term financing from a Taiwanese supplier.

Once Salim was able to get financing in Vancouver, he opened A.P.T. Auto Parts Trading with his wife Anjella in 1980.

“Salim and Anjella were the first to import containers of aftermarket autobody parts into the Vancouver Market. and With my mom’s help, This gave the customers in Vancouver a less expensive alternative to the OEM,” explained John. “And They were able to not just survive but strive in the Vancouver Market, as did their customer base.”

Anjella was the friendly voice on the other end of the phone, taking orders on the phone, managing inventory and invoicing, while Salim was the charismatic face of APT visiting customers, delivering parts, and making sure the customer was always happy.

The children, John, Suzy and Jim, sporadically over time became involved in the family business by helping with deliveries, unloading containers and general labour during their summer break.

“We grew up in this business,” said John.

In the late ’90s, A.P.T. was well established and growing fast. Salim and Anjella needed help with the business as it was becoming too difficult to manage themselves—especially if they wanted to expand. This opened the door for John, Suzy and Jim to join the family business full time.

“Our biggest asset is our employees. We are proud to have the best and most loyal employees in the industry. More than half of our staff have been with A.P.T. for over 10 years. , because we believe in a ‘family first” business second’ life motto,” said John.

“We encourage our employees to work hard and give their best efforts to ensure that the customer is receiving quality and service that exceed their expectations”. To help with employee morale, we have profit sharing, an annual camping trip, a year-end party, and an A.P.T. soccer team that raises money for childhood cancer.”

John hopes in the next five years A.P.T will continue to expand and open more locations in Western Canada. After 40 years since its inception, A.P.T. has established solid long-term relationships with its suppliers and vendors allowing them to source almost every available aftermarket part for their customers.

“We have an extensive well-maintained catalogue that provides our customers with a one-stop-shop experience,” said John.

“We have the best of both worlds., a user-friendly online ordering website, and a well-managed call center to help get the correct part to the customer the first time.” 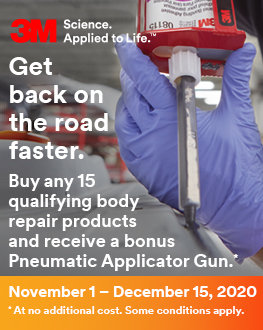 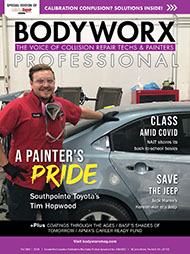