Oakville, Ontario — December 22, 2014  The Christmas lunch at Budds’ Collision Services in Oakville, Ont., is an annual industry tradition, drawing together stakeholders from all parts of the local auto claims economy. It’s always a good time and a chance to renew contact with peers. In addition to great food and great company, the […]

Tony Scarrow, owner/operator of Fix Auto Chelmsford. The BWM depicted was refurbished for a Make-A-Wish client.     Ottawa, Ontario — December 22, 2014 Most people would be upset if someone had their car for over two months and wouldn’t even tell them where it was. In this case, though, the owner wasn’t just happy, but ecstatic. […]

CARSTAR, Quality Assured team up in BC

Hamilton, Ontario — December 22, 2014 CARSTAR Automotive has joined forces with Quality Assured Collision & Glass in a multi-store franchise agreement. The new partnership will provide CARSTAR with an expanded presence in the BC market, with all 10 independently owned and operated Quality Assured locations joining the company’s seven existing locations in the province—located […]

Jeff Keddie.    Blainville, Quebec — December 18, 2014 Guy Barbeau, Vice President of Sales for Fix Auto Canada has announced the addition of Jeff Keddie as National Director, Performance & Optimization. “This is a very important new role at Fix Auto, and we are extremely excited to have Jeff join the team,” says […]

Waterloo, Ontario — December 22, 2014 Economical Insurance has raised a record-breaking $618,672 through an annual campaign to support United Way. Running from November 17 to 21, the national fundraiser’s focus was “changing lives,” aiming to connect employee donors with charity recipients—with the company matching employee pledges up to $2,500 dollar-for-dollar. Economical Insurance President and […] 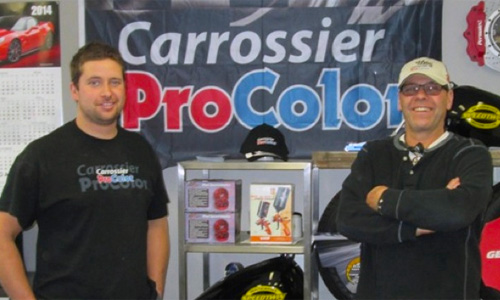