Toronto, Ontario — November 24, 2014 — The Ontario government announced on November 20  the passing of a new auto insurance bill which it says will contribute towards protecting the provinceâ€™s nine million licensed drivers. â€œThese important changes are the next step in our Cost and Rate Reduction Strategy. Weâ€™re building on earlier efforts to […]

Vaughan, Ontario — November 24, 2014 — Celette has announced the availability of fixture sets to repair both the new Toyota Camry XV and the Lexus ES. The Toyota Camry XV50 is based on the same platform than the Toyota Camry XV40, but the mechanical rear was completely redesigned. This model is […]

Toronto, Ontario — November 24, 2014 The Insurance Bureau of Canada (IBC) has expressed their support of the recent passing of Bill 15 ”the Fighting Fraud and Reducing Automobile Insurance Rates Act” in the Ontario legislature. “It’s a great step and strikes a blow at those in the car accident business who have wrongly profited […]

Hoffman Estates, Illinois — November 24, 2014 — I-CAR has announced 51 collision repair instruction sheets recently released by Ford for the launch of its F-150 are now available on I-CAR’s Repairability Technical Support (RTS) Portal. The information was provided directly to I-CAR from Ford, making the manufacturer the first to release comprehensive instruction sheets […]

Carrossier ProColor is aiming to continue the location’s longstanding history of serving the community.            Saint-LÃ©onard, Quebec — November 24, 2014 — Carrossier ProColor has announced the addition of Longue Pointe Chrysler to its network of collision centres. Sylvain Perrier, manager of the 50-year-old location, says he was pleased […] 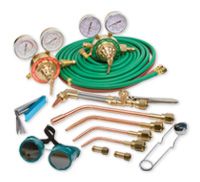 Fort Collins, Colorado — November 24, 2014 — Forney Industries has announced the launch of ForneyHide work gloves, expanding their line of protective wear to cater to the automotive, hardware, industrial, farm and ranch industries.â€œIt made sense for us to expand the line,â€ says Todd Romero, Product Line Manager for ForneyHide. â€œOur customers wanted […]